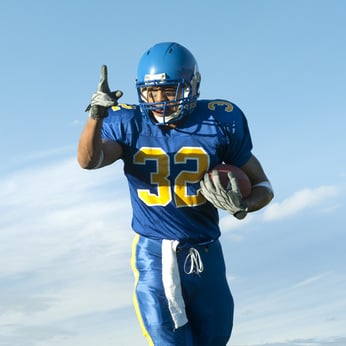 It’s football season, and statistics reign supreme. A new adaptation of RFID technology is being used by the NFL this season: “intelligent” shoulder pads that report performance stats of individual players, as demonstrated in this CNN video on athlete tracking: http://cnn.it/YfoYyf

RFID data points collect multiple types of performance data on each player: speed, fatigue, and impact levels – vital information for coaches who want optimal results. In addition, the RFID tags pinpoint the players’ exact location on the field; it could mean the difference between a punt and a first down. The data is fed in real time to the coaches and to the commentators in the booth, for in-depth analysis of individuals’ and teams’ performances. And if you’re a stats-hungry fan, this technology is just the ticket for re-assessing your Fantasy Football team. 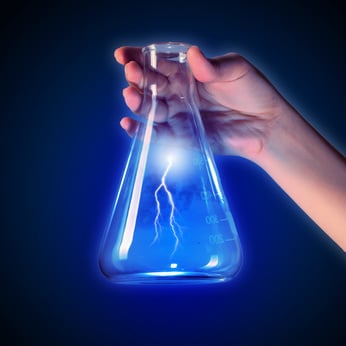 You’re Benched! New Lab Designs Save Energy By Moving Away From Bench Workspaces

A recent usage analysis shows that more research is being done in specialized workspaces than at the traditional laboratory bench, giving lab designers an opportunity to use “plug-and-play” modular casework to take advantage of natural light and air circulation, and save energy.

Kevin Sullivan, FAIA, of U.S. design firm Payette, reviewed this trend in his discussion of the design of the new Biosciences Research Building at the National University of Galway (Ireland) in this article for Lab Design News: http://bit.ly/1qZ0QeH. The designers questioned every assumption about laboratory design – everything from where tissues could be cultured to where graduate students could drink coffee. The final design had at its center a collaborative “hub” furnished with movable modular table systems with no fixed connections to infrastructure. These systems could “plug in” to electrical and HVAC infrastructure as needed, and unplug for mobility.

The result of going green with modular millwork and innovative space utilization? Energy savings of approximately 70% annually. Not too shabby!

“We’re gonna need to go ahead and move you downstairs into Storage B. We have some new people coming in, and we need all the space we can get.” These lines from the movie “Office Space” drew big guffaws in theaters, but facilities managers cringed through their laughter. As the economy improves and hiring increases, they are hard-pressed to wedge new hires into the traditional offices-and-cubicles space plan.

The newly-hired millennials themselves may provide the solution. This generation seems to have a strong preference for an open, mobile, collaborative workplace. Private enclosed offices and high-walled cubicles are shunned in favor of large open floor plans and low-rise workspaces that can be moved around and reconfigured as work teams change. A recent story in IndyStar shows an interactive before-and-after graphic of an open-plan makeover for one company seeking to attract tech-savvy millennials: http://indy.st/1qe5C9f

As major corporations such as Rolls-Royce and Eli Lilly shift to open-plan workplaces to recruit millennial workers, smart space planners are now specifying office furniture that is modular, mobile, and easy to set up or store as needs fluctuate. And there’s a bonus – according to CoreNet Global, the space occupied per employee has dropped from 225 square feet in 2010 to 170 square feet in 2013. That’s something that will put a smile on the face of any facilities manager! 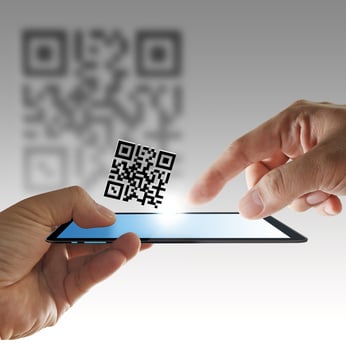 Your Body Is Phoning, and It Says Take Two Aspirin and Call Back In The Morning

Sounds far-fetched: an RFID temporary tattoo that can sense a variety of illnesses, then use its built-in antenna to communicate to you or your healthcare professionals that you need medical attention. A scene from Star Trek? Not at all. The same RFID technology that tracks inventory from the warehouse to the end user is now being adapted to detect infections and wirelessly signal nearby computers for assistance. In theory, your doctor could receive a text saying that you’ve contracted a life-threatening disease long before any symptoms are visible.

The applications are myriad: First responders could scan an injured person for allergies or medical conditions before administering medications. Doctors could be alerted to a patient’s impending heart attack hours before onset. Epidemiologists in the field could identify asymptomatic patients before they spread disease through a community. The potential for improved healthcare is tremendous. And it all started with an asthma patient’s permanent medical tattoo combined with the practical application of RFID, currently well-known for inventory management and materials handling. Read the whole story at http://bit.ly/1qpgiAx.

Of course, we’re not claiming that storage professionals are helping to save the world, but this new RFID solution seems to point in that direction! 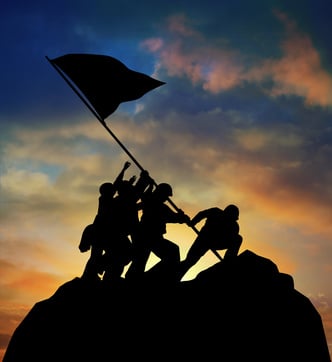 No Country For Old Soldiers

The nation was shocked when an investigation into claims delays in the Department of Veterans Affairs brought to light the VA’s dysfunctional management of its records. One office was near to collapse from the weight of paper files stacked floor to the ceiling, and clerks had to climb ladders to reach files that, as often as not, weren’t the ones they needed. The average claim took nearly nine months to process.

Now there’s good news. Thanks in part to a new high-density filing system that allowed files to be stored in less space and in a more organized manner, VA employees no longer have to climb ladders, and they know exactly where to look for any particular file. The VA’s stated goal is to reduce the nine-month wait to three months by the end of 2015. Along with new electronic claims forms instituted last year, the VA’s high-density filing system is making a molehill out of a mountain. See the before-and-after video here: http://bit.ly/VRjdWp