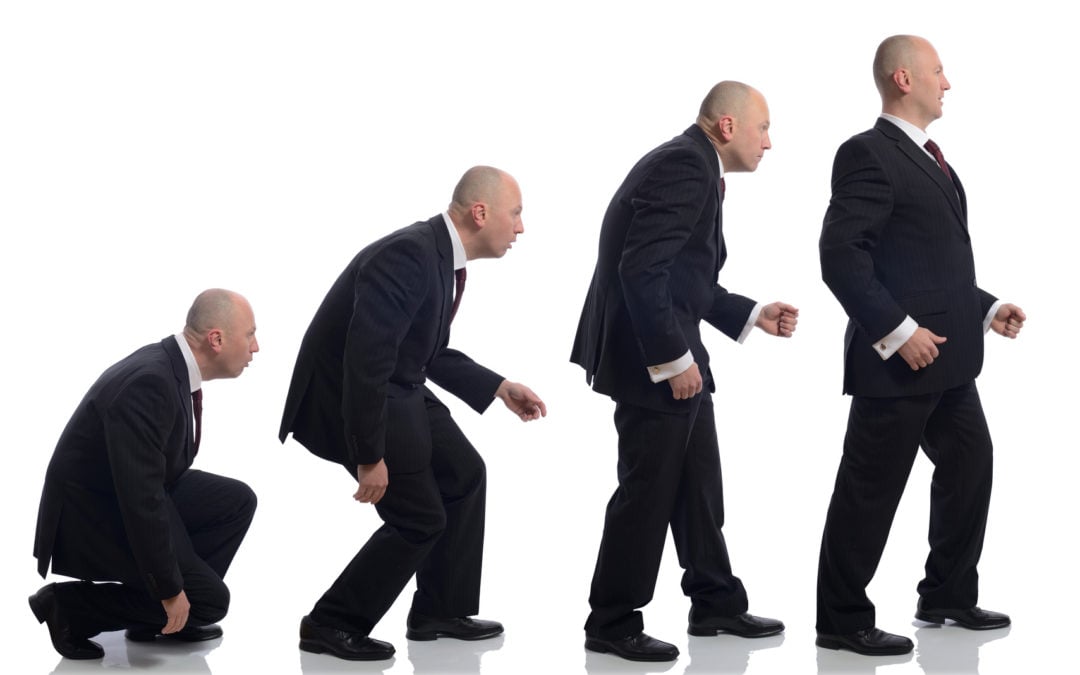 The Evolutionary Keys to Business Survival

What does a climate change of 200,000 years ago have to do with managing your business today? Plenty, as it turns out. Early Homo sapiens was quick and clever, unlike his slow and clumsy predecessors. When rapid climate change created drought and famine, it was our adept, nimble ancestors who survived. They didn’t sit around waiting for things to get better. They traveled to new water sources, they discovered new foods, they made better tools, and they adapted to the new climate. They not only survived, they thrived.

Obviously, the take-away is that nimbleness and adaptability are great survival strategies. It’s true for businesses just as it was for our ancestors.

Management consultant Daryl Connor states, “A nimble organization [is] one that has a sustained ability to quickly and effectively respond to the demands of change while continually delivering high performance.” He goes on to say, “nimble organizations consistently succeed in unpredictable, competitive environments by quickly and effectively modifying their operations when necessary.”

When Connor talks about “modifying their operations,” what he’s really talking about is adaptability. Nimbleness is about changing quickly, and adaptability is about the form the quick change will take.

Adaptability and nimbleness go hand-in-hand. Each supports the other. Dr. Elspeth Murray of Queen’s School of Business in Ontario writes, “Businesses don’t fail to adapt because they don’t see change, but because they lack the ability to make key decisions in a timely fashion.” Without nimble speed, the ability to change becomes moot. Without adaptability, nimbleness can quickly lead you down a blind alley without the ability to turn around.

Adaptability and nimbleness were winning numbers in the evolutionary lottery, and they’re winning principles in business today. Building them into your business can be as complex as ramping up R&D for a new market, or as simple as installing adaptive furnishings in your facility. This latter strategy is something we’re well acquainted with, as this video demonstrates: “Swiftspace Innovates for Healthcare.”

On the adaptability scale, reconfigurability is key. Adaptive furnishings are highly reconfigurable. Anything that can take on a variety of forms in a variety of circumstances is indeed highly adaptable, and therefore a valuable asset in surviving and thriving in times of change.

Just like living things, businesses are constantly evolving. Adapting to changing circumstances, and doing it quickly, is what made our ancestral humans successful. It’s what makes your business successful too. 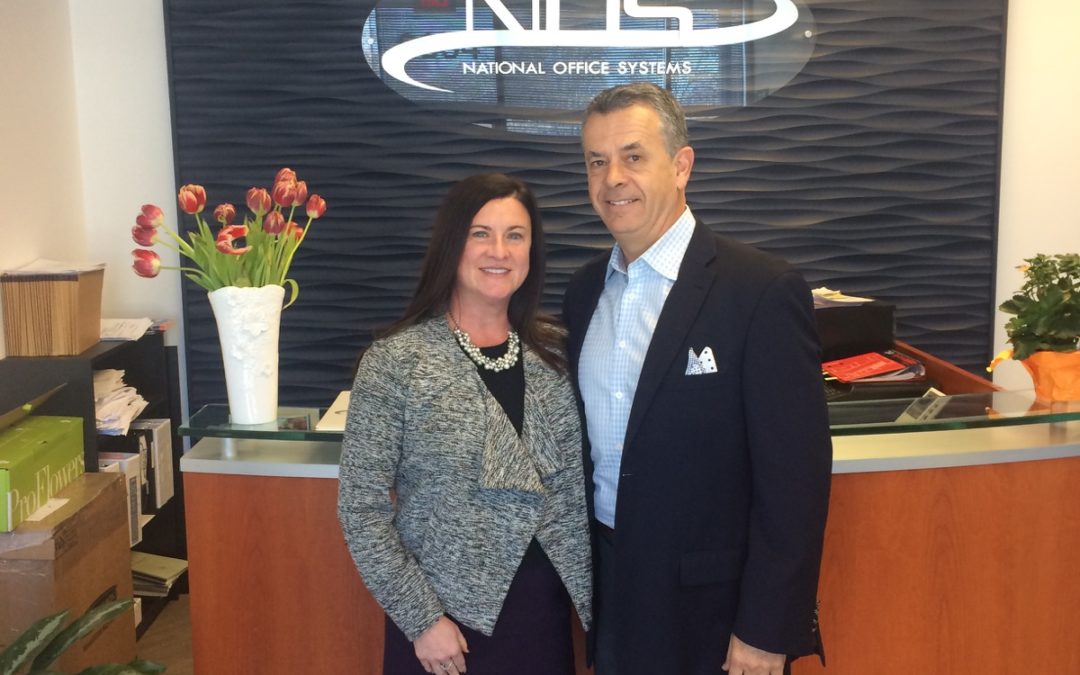 NOS and the Dize Group are pleased to announce they are joining forces to better serve the Mid-Atlantic marketplace. Both companies specialize in bringing strategic solutions to the table and with this extended reach they will be able to help local businesses to run more effectively and efficiently.

Joe Alvarez of NOS states, “I have known Kim for years and I am excited to finally work alongside her to reach more companies with our storage solutions.”

“Joe Alvarez has been an important supporter of my career and the initiative of the Dize Group. To be able to assist him with his business goals is an honor,” says Kim Dize of Dize Group.

This power partnership of marketing efforts will make 2017 our best year yet and we are delighted to be working together. 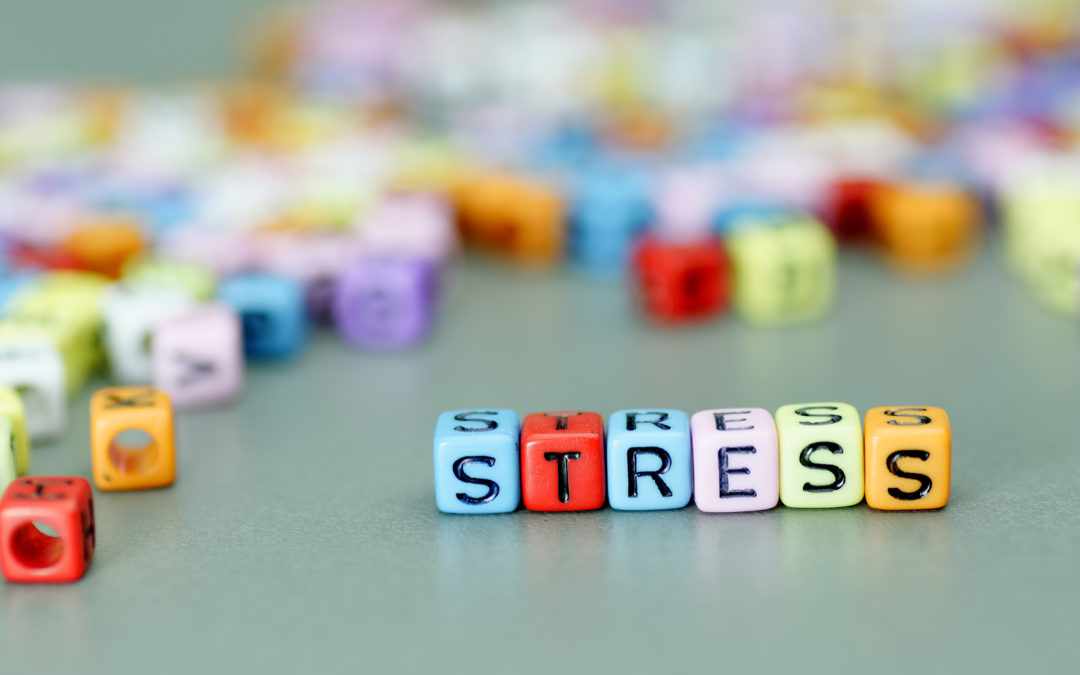 Anticipating Change? Get Proactive with Your Facility

In general, we all crave stability. Change is as unwelcome in our work life as it is in our personal life. But change is inevitable. No one knows this better than facilities managers who deal with constant change.

Whether you’re managing the seasonal changes at a university, the administrative changes within a government agency, or the ups and downs of the business world, proactive planning will always ease the discomfort of change. Consider the plight of a hospital administrator who spent six figures on a lab just last year, and today has to scrap all the expensive built-in cabinetry because the lab’s function has changed. That big budget hit would have been softened by proactively purchasing modular cabinetry last year. Much of the millwork could have been reconfigured and re-used. Instead of dealing with a budget crisis, there’s a smooth and inexpensive transition to the new lab.

Reactive crisis management was the standard in the old days when we had nothing but pencil-and-paper records, supplemented by two-way radios and wired telephones. In the networked e-world of the 21st century, automation tools allow you to be proactive in ways you never could before. Climate control, access, and maintenance updates can all be monitored, and usage can be planned in advance to give you control over expenditures.

Similarly, RFID and AS/RS systems give you control over your inventory and your staff resources. Automation reduces your head count, and lets you plan purchases at optimal times in advance of shortages. Imagine a scenario in which your automated inventory system reports that you have a 7-day supply of a critical part which is shipped by truck. You re-order the part, knowing you’ll receive it in 3 days. The day after you order it, a major order causes a ramp-up in production. You would have been caught short if you had relied on an inaccurate time-consuming manual inventory. Your proactive re-order keeps your operation running smoothly, thanks to automation.

We can let change manage us, or we can make the choice to manage change. Use automation and adaptive furnishings to become proactive, and manage your facility’s changes to your advantage.