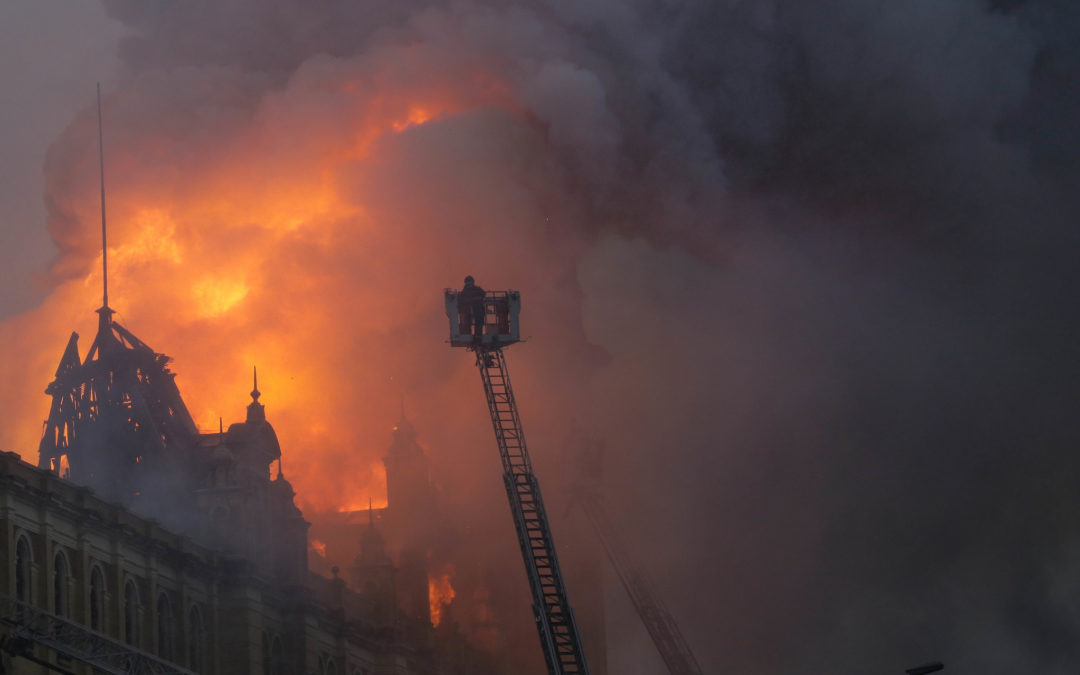 The recent devastating fire in the National Museum of Brazil reminds everyone in the museum realm that disasters can strike any time. Fire, flood, climate, earthquakes – the potential for damage and loss takes many forms, and no museum is invulnerable. The Association of Art Museum Directors reported over 13 million art objects in museums in 2015, a figure that doesn’t include historic artifacts, science and technology collections, and exceptional cultural items. Since that time, collections have only grown larger. With such a quantity of unique and priceless objects at stake, museum designers are looking for new ways to protect their collections from natural disasters.

In the Netherlands, for example, Rotterdam’s Museum Boijmans Van Beuningen is filled with Old Masters, and like most of the city, it’s below sea level. In the past 14 years the museum has been threatened with flooding five times. As reported in the Washington Post, construction is underway on an above-ground flood-proof storage facility designed to keep the Boijmans’ collections out of harm’s way.

In Los Angeles, wildfires and earthquakes are a way of life. The Getty Museum was designed with fire-proofing features from the very start; the exterior is stone clad, and the surrounding grounds can be soaked with an irrigation system if fire threatens. If the ground begins to shake, ingenious stabilized display cases keep art and artifacts safe in this earthquake-prone zone.

The Louvre is in danger of flooding, as we discussed in a previous post, and many of its treasures are stored in structurally-unsound old Parisian buildings. The museum broke ground in late 2017 on a state-of-the-art storage and restoration facility, partially underground, which uses thermal mass (the surrounding soil) to maintain a stable indoor climate. The site incorporates a water management system which recycles water for the exterior landscape and also guards against flooding.

Like fire suppression and climate control, storage is part of the museum-safety picture. Fire-proof cabinets protect flammable documents, and multi-level storage elevates collections away from flood danger. Art racks and flat drawers bring space-efficient storage to climate-controlled areas. In the event that collections have to be evacuated, RFID tracks the whereabouts of each inventoried object.

Designers are taking their cue from the Getty, the Louvre, and others, incorporating these innovative storage systems into new construction and retrofits as part of a complete disaster-mitigation strategy. Their hope, and ours too, is that disasters can be a thing of the past in the museums of tomorrow.